The ILP BS5489 Good Practice course has been developed for those involved in road lighting design and policy makers. This course investigates the latest British Standards for road lighting and how they are applied. Primarily based around British Standards, these principles are transferrable to designers of other Standards.

The course is not about computer aided lighting design; it describes how to identify the road user groups, their needs and the complexity of the visual task. British and European lighting standards requirements indicate a base lighting class position from which a risk assessment is carried out. After this, adjustments are made to increase or decrease the lighting class to match road user requirements. The course takes you through this process, to determine the lighting class, the risk assessment considerations, ways to reduce obtrusive light, glare and ways to minimise the environmental impact.

An Essential Course For:

This course is suitable for participants with all levels of experience and prior training, whether you need a refresher, want the latest on the changes to BS5489-1 and those looking for an appreciation of basic road lighting standards.

What You Will Learn

You will take away an understanding of:

Enrolling as an Individual

After you make your purchase you’ll be able to manage your courses and account from the My Account page (look out for the email with your login details).

Enrolling someone else, or a Group of people

After you make your purchase you’ll be able to manage your group and enroll students yourself (look out for the email with your login details)!

You can enter ILP Member’s names and membership numbers at checkout to benefit from the membership discount.

SP Ratio and the Eye

This course is suitable for participants with all levels of experience and prior training, whether you need a refresher, want the latest on the changes to BS5489-1 and those looking for an appreciation of basic road lighting standards. 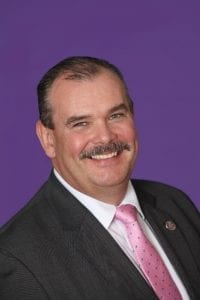 Incorporated Engineer
Fellow of the ILP

With over 30 years in the street lighting industry, mainly as a consultant and designer, Nick has a wide range of experience in lighting and electrical design. Nick is Managing Director of Nick Smith Associated Limited acting as an independent consultant in the exterior lighting industry since 2004. Prior to that, he was Technical Director at Harttron and Street Lighting Manager at Scott Wilson. Both these roles involved providing lighting design for section 38, Section 278 to developers and Highway Agency (now Highways England) projects also advised on invest to save schemes, energy reduction strategies, highway improvement schemes and public realm improvements.

He has been involved in providing lighting design training since 2002 in the use of Lighting Reality, AutoCAD and lighting standards like BS5489-1 and all parts of EN13201.

Nick was involved in the development of Lighting Reality design software until early 2020.

Nick is an experienced lighting engineer in road lighting, street lighting and other exterior lighting applications as well as the design of the associated electrical systems to support the street lighting system like cable networks and feeder pillar layouts.

He is a past Chairman of the Midlands Region Institution of Lighting Professionals (ILP) and represents the LDC Birmingham at national level, has been a tutor on the ILP Exterior Lighting Diploma. Nick has spoken at a number of ILP national events as well as events in the United States working with the Illuminating Engineering Society (IES) for the street and area lighitng conferences (SALC) in Denver and Los Angeles as well as Lightfair in Las Vegas and New York.

He was chair and author of the panel that produced the ILP document PLG 03 on Conflict areas and the had input into the Guidance Note 08/18 Bats and Artificial Lighting document released by the ILP and Bat Conservation Trust in 2018.

Nick worked with the ILP technical committee on a revision to Technical Report 12 on Lighting for pedestrian crossings and an update of bats and artificial lighting document. He is also chairing a revision to EN13201-3 expected to be released in 2021. Nick has been involved in the preparation of BS5489-1:2020 and the 2013 editions and EN13201 released in 2003 and 2015.

For more information, contact Angela Davies at angela@theilp.org.uk, on 01788 576492 or via the form below.

What software is used in this course?

The training does not use any software. It is intended to focus the mind of the designer into identifying the user groups, the site specific situations and using this to make decisions before any software is used.

I have only been working in lighting a short time, will this course be too advanced for me?

No, this course has been designed for those with some experience and those new to the industry

Is there any prior reading or learning necessary?

Course materials, copies of presentation slides will be available once you have enrolled. However, it would be better to have some knowledge of BS5489-1 prior to starting the training.

If there is something I don’t understand will there be help available?

We want you to find this course rewarding. If there are aspects of the content you don’t understand, just send an email to us and we will get back to you as soon as possible